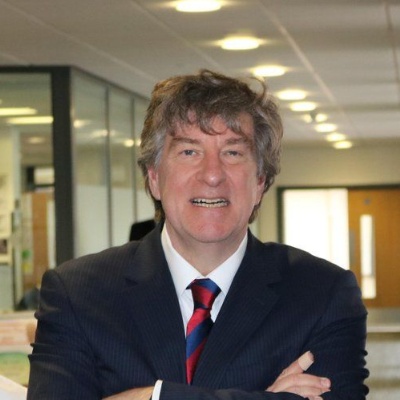 National Schools Commisioner, Sir David Carter and Guests from the Department for Education came to Greenwood Campus this week to discuss 3-19 schools and multi academy trusts.

On Tuesday 13th February, Nottingham Academy were proud and privileged to welcome Sir David, his team and CEO's from Multi Academy Trusts across the East Midlands and the Humber to the Greenwood Campus. The day began with a welcome where Year 10 pupils met guests and discussed life at the Academy with Sir David and Regional Schools Comissioner John Edwards. Greenwood Academy Trust CEO Wayne Norrie, joined Lead Principal, Ged Rae as the visitors then began a tour of the Greenwood site. They were met by Primary Principal Steve Jones as they moved around the site, starting in nursery and moving their way through the year groups until they had seen the majority of the Greenwood Campus.

Sir David Carter said “My visit to Nottingham Academy has been one of the most interesting visits I’ve had this year. This is a school with 3,000 children across three sites, and I was interested to see how it maintained consistency across the school, while remaining true to the Trust’s values and beliefs.”