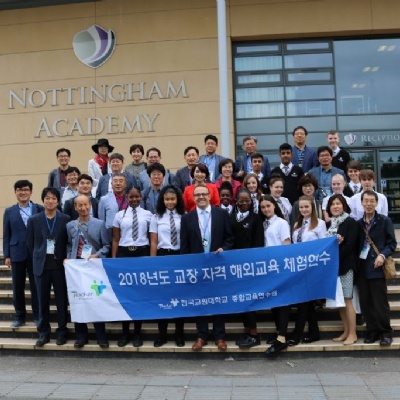 Nottingham Academy welcomed 25 Headteachers from South Korea, as they prepare for their first year in headship next March.

On Wednesday 6th June Nottingham Academy were proud to welcome 25 Headteachers from South Korea to Greenwood Campus 1. The teachers have recently qualified as Headteachers in South Korea and are touring the UK to learn about our schooling system in preparation for their first term.

The visit began in the PAC with an introduction from Mr Rae who discussed his role at an Academy of over 3000 pupils, the campuses and sites which make up the Academy and our Respect Values. Visitors then took a tour of Greenwood Campus 2, viewing classrooms and observing lessons in Spanish, chemistry and technology. The teachers were amazed that in the UK we have spaces which can be used for a variety of subjects, such as IT suites for business and IT, and science labs that can be used for any of the sciences. In South Korea, rooms are designated to one subject only.

The visitors then returned to the PAC for a presentation from Deputy Principal, Ms Bigwood, who explained the UK school system, including our year groups and the points at which pupils are tested in the UK SATS, GCSEs and A Levels. Safeguarding Officer, Mr Donald then provided information on Safeguarding at Nottingham Academy including staff responsibilities and the systems used for reporting safeguarding concerns. The group were then joined by Nottingham Academy Pupil Parliament members to chat to our guests and answer questions on what it is like attending Nottingham Academy.

Every guest was then provided with a prospectus, KS3 curriculum document and Sixth Form guide for them to take away along with an example of a pupil report. As they were interested to see how UK schools communicate a pupils progress to parents.

Nottingham Academy are exceedingly proud of our links with South Korean education providers. Each visit not only allows us to share our culture with international visitors, it allows teaching staff and pupils to learn about education in another culture. We look forward to welcoming more visitors in the new Academy term. 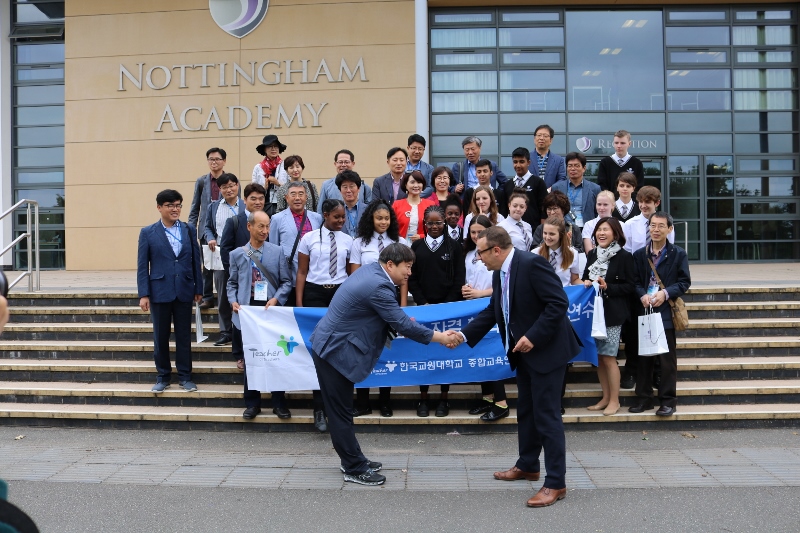 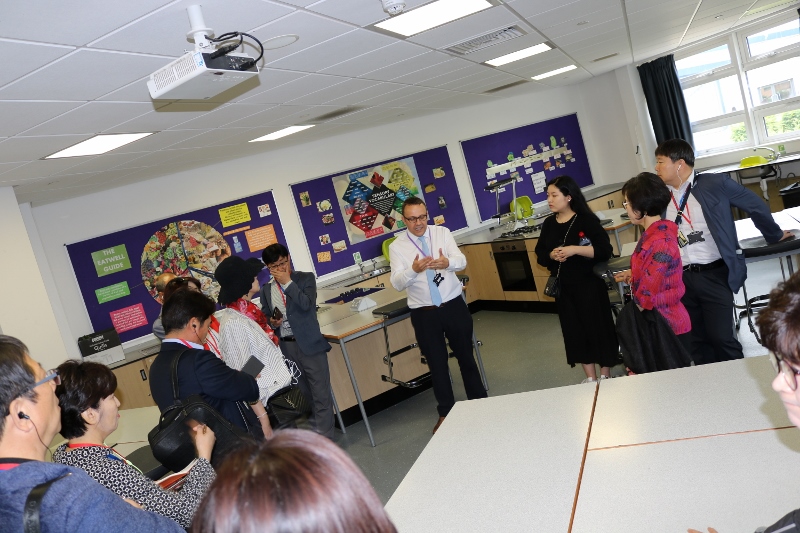